Just as pictured. This bead rosette is lovely. .. 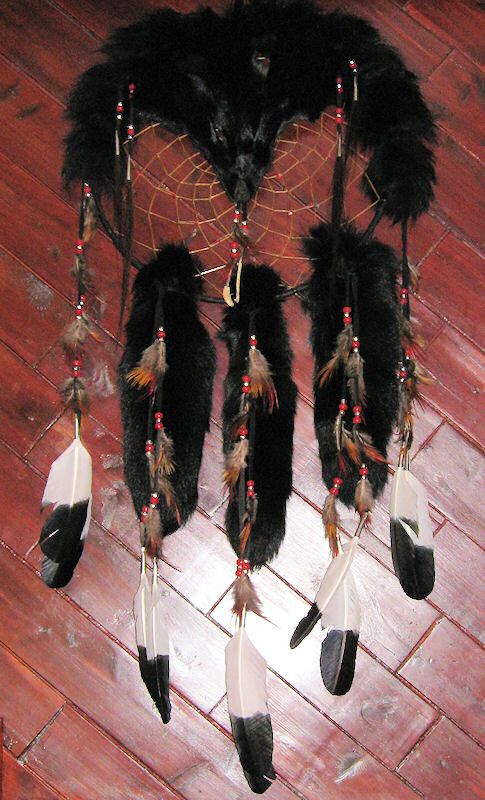 This dreamcatcher is fantastic! My wife loves it so much she ..

Bone breastplates were a popular chest ornament in the old days, and are still an important part of the regalia of the traditional style dancer.

The long bones called hairpipes, were originally made with bones from the buffalo, birds, and the legbones of smaller animals such as the coyote or wolf, depending on which medicine animal was important to a particular maker. Today, they are mostly made in factories from water buffalo.

Since hairpipes were time consuming and difficult to hollow out, and expensive to obtain in trade, the number of bones in the breastplate often indicated the wealth of a warrior. Cowrie shell decorations showed the wealth of a woman.

Breastplates were worn on occasion into battle, (mostly in Hollywood), but they could be penetrated easily by an arrow or a bullet, so they were mainly a medicine item used for ceremonies and a decorative accessory worn on special occasions when a warrior wanted to show his status.

The top of the breatplate is tied around the neck with a buckskin thong, and other thongs at the bottom secure it around the waist.
Result Pages:  1  Displaying 1 to 9 (of 9 products)